Samdisha is a Business Development Manager based in our Jakarta office.  She is responsible for a wide range of business development and digital marketing activities in the region and engaged in a number of Rouse global projects.

When Samdisha was growing up in New Delhi, India, her parents consulted an Astrologer for all important decisions, including what she should study at University.  This was a quite usual practice: there are more Astrologers in India than the rest of the world combined; many Indians regularly seek their advice on matters of importance.   This time, the Astrologer said that the most suitable professions for Samdisha would be Law or Journalism – which fitted in well with her aspirations, but not with those of her parents.  For them, it had to be Medicine or Engineering – and preferably the latter.  So her mother consulted a second Astrologer who said that Samdisha could certainly study Engineering, just that she would have to work a little harder – which, she now says, certainly proved to be the case.

In any event, she studied Engineering and, much to her parents’ delight, graduated from Thapar Institute of Engineering & Technology in Patiala, one of the top universities for Engineering, with a degree in Chemical Engineering.  While she was a student there, she indulged her passion for acting with a group that put on dramas concerning topical social issues such as domestic violence, drug addiction and female foeticide. Now, when she thinks of the four years she spent at Thapar, she is more likely to think about the time she spent on stage than the time she spent studying Engineering – or about meeting her future husband, Valmik Mirani, on the five hour bus journey from Patiala to New Delhi.

Samdisha grew up in a close family, the eldest of three children, with a younger sister, currently studying for a PhD in special education, and a much younger brother, now in his final year of a degree in Business Administration.  Her father still runs one of the largest brass handcraft businesses in the capital, as well as being a landowner and a prominent and respected local figure.  He has always been perhaps the most important role model for Samdisha, but her mother’s influence shouldn’t be under estimated.  She came from a well-educated family and placed great emphasis on education for her children.  She was largely responsible for enrolling Samdisha at a girls’ convent school in New Delhi, the Queen Mary School, because of its high academic reputation. Samdisha was a very enthusiastic student at that stage – her enthusiasm for study only began to wane when it was decided she should study Engineering.  It was revived later, thanks in large part to Valmik, who was by then her husband.

He encouraged her to do post-graduate study in something that really interested her and she decided to do a Master’s Degree in Retail Management at the prestigious National Institute of Fashion Technology in New Delhi.  About 20,000 students from all over India sit the Institute entrance exam each year.  Samdisha was ranked fourth in her entrance exam – and for the next two years, during the course, she topped the year and was awarded a gold medal.  She was in her element.

When she graduated in 2015, the environment for start-ups was at its peak in India.  After experimenting for a few months, she joined a digital marketing agency and it was here that her interest in business development and digital marketing really began.   Initially, she and her husband had both been offered jobs with a start-up company, but as its policy was not to employ married couples, they had to make a choice.  She says the choice was easy, because Valmik was being offered a senior position in a start-up that was already influencing the digital payment business in the country. For him, it was a great opportunity.  Several years later, his boss decided to move to Indonesia to set up a Unicorn start-up, a privately held start-up company with a value of over $1 billion: Tokopedia.  He encouraged Valmik to join him, and again it was an offer too good to refuse – even if the timing could perhaps have been better.  He received the formal letter of offer the day their daughter, Asya, was born.  Having planned to raise Asya in India, with lots of family support, Samdisha wasn’t initially inclined to move, but it was obviously a great opportunity for him and both their families were excited by it, so she was persuaded.  In the end, things couldn’t have worked out better.

All Samdisha’s previous work experience in India prepared her perfectly for her role at Rouse.  She was initially hired as Business Development Manager for the Indonesia region, but her role has gradually expanded to include various global activities, including work on the firm’s digital marketing strategy and providing support, including research, data analysis and project delivery, to Rouse’s international Consultancy business.  She couldn’t be happier.  In general, moving to Jakarta wasn’t nearly as difficult as she thought it might be – there is a huge Indian community there and the culture is very similar to the culture she had been used to at home.  She’s very comfortable living there.

Asya is now four years old and pretty much the centre of her parents’ universe.  Of course, they followed tradition and consulted an Astrologer when she was born, but they won’t be at all surprised if she decides to follow a slightly more scientific path in the future: her current ambition is to be an Astronomer.  She likes nothing better than going out stargazing with her parents, learning the names of the various stars and planets, and finding them in the night sky. 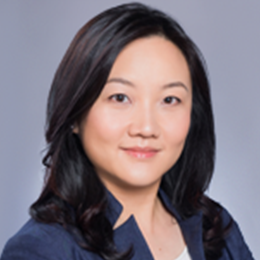 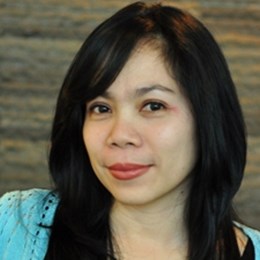 Five from Rouse featured in WTR Global Leaders 2020
The list brings together the world's foremost experts in trade mark practice.