How the domestic sportswear company profited from Mr. Jordan's name is an interesting case for both foreign individuals and businesses operating in China; and has clear implications for name rights in the country.

Last week’s judgment against Qiaodan Sports, a sportswear company which traded under a name identical to Jordan’s Chinese name, revokes the company’s right to use Mr. Jordan's name in Chinese characters. However, it can continue to use the phonetic representation of the Chinese name - Qiaodan - and the company still holds two other trade mark registrations of Mr. Jordan's Chinese name and as they are older than 5 years are no longer irrevocable under the Chinese law.

Attracting broad public attention, many failed to see fairness in a previous 2015 decision to allow the company to continue to use Mr. Jordan’s name. In the previous judgment made in 2015, it was ruled that Jordan was just a common family name and therefore could not be monopolized. However, the China Supreme People’s Court found this not to be a convincing argument.

What is very interesting about this case is that it sets the extent to which a personal name should be protected – something that did not exist before. The case also establishes a precedent to solve the conflict between a pirated trade mark that has become well-known, along with personal name rights. Furthermore, the case firmly establishes under what terms a public opinion survey conducted by a private organization should be recognized – all important for the future of trade marks in China. 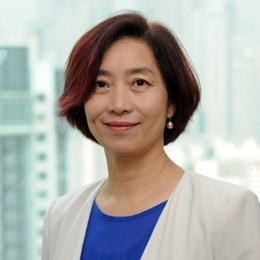