The Belt and Road: Impact on counterfeit supply chains

Should brand owners be worried about the Belt and Road and the impact on counterfeit supply chains? Not at the moment, writes Josh Mandell and Audrey Boisselet.

In the days following the Brexit referendum the most frequently searched question in Britain was ‘what is Europe?’  If only President Xi Jinping had been advised of this he might have tried to answer the ‘what is the Belt and Road?’ question before inviting the world’s leaders to his Summit in Beijing.  But as with Brexit, many left Xi’s Summit wondering what the Belt and Road means, what it will bring to its stakeholders, and over what period of time.

The conceptual difficulty is that China's Belt and Road initiative goes far beyond being a specific project or even a collection of development programmes. While it can be viewed on one level as the creation of new trading routes (see map below), on another level it represents a total reimagining of existing interconnections between China, Eurasia, and beyond. Over time, investments and improvements in infrastructure and trading relationships are hoped to boost economies across the region and help Chinese companies expand their operations and investments outside of China.  While it seems that a significant amount of new infrastructure will be developed to support overland trade, the Belt and Road also looks to improve relationships between China and countries along ocean shipping routes. 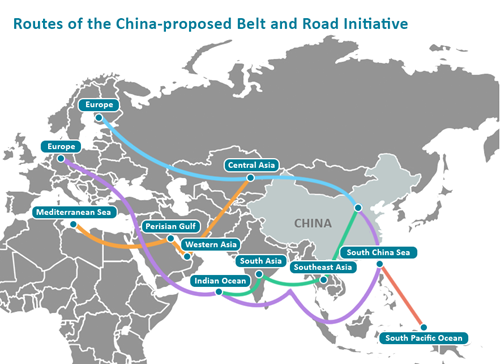 Traditional concerns about intellectual property protection and Eurasian trade have tended to focus on a shift to the use of land routes for the supply of counterfeits into Central Asian and European markets.  While these links are sure to develop, the vast majority of trade continues to be done by sea.  In fact, according to customs data, land trade across the Xinjiang Border remains small in comparison to South China sea trade (see Table 1 below for comparisons).  This massive imbalance is likely to remain the case for some time to come. As land routes and regional trade develop, however, businesses and intellectual property rights holders will want to ensure that they keep pace by:

So in reality, just as companies wait to see what Brexit brings, rights owners would do well to monitor and observe the Belt and Road rather than rush to adapt their approaches to intellectual property protection.

Please click on the table below to see a larger version 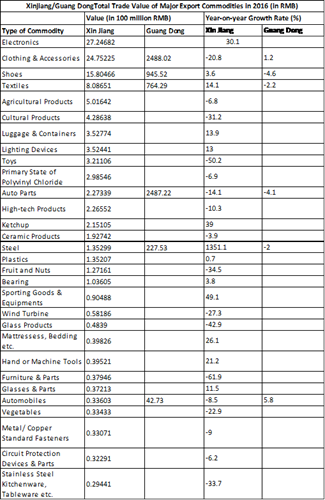 China’s General Administration of Customs (GAC) has been busy implementing Belt and Road policies and several are worth noting, including:

While many of the above initiatives are having a slow but positive impact on IP protection, the question on many rights owners’ minds is what impact the CR Express will have on counterfeit supplies into Europe.  By way of background, the CR Express provides regular cargo rail services to 16 Chinese cities, including Chongqing, Chengdu, Zhengzhou, Wuhan and Suzhou, and calls at more than 12 cities in eight European countries, including Duisburg, Hamburg, Warsaw, Lyon and Madrid.  The CR Express provides a one-stop service in cargo inspection, quarantine, and customs clearance.

While the CR Express is of increasing interest to manufacturers in western China who are looking for an alternative to sea freight as well as companies in coastal regions that are attracted by local governments’ financial support for use of the CR Express, the reality is that volumes (although increasing) remain relatively small and the lack of a return cargo from Europe means that it will take time for the economic benefits to materialise.

We will continue to monitor the possible impact of the Belt and Road on rights holders and will cover it in future editions of the magazine. 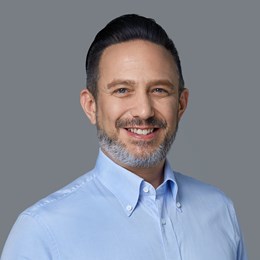