PCCW alleged that HKBN’s use of PCCW’s trade marks constituted infringement and HKBN relied on section 21 of the of the Trade Marks Ordinance (Cap. 559) as a defence.

The dispute turned on whether HKBN’s use of PCCW’s trade marks was in accordance with honest practices.

The average consumer in Hong Kong

The Court commented that the average consumer in Hong Kong is savvy to advertising language, exaggeration and trade puffery, bearing in mind the colloquial and often colourful and exaggerated terms frequently and commonly used in the Chinese media in Hong Kong.

The Court went on to provide the example of a reasonable consumer and reader of advertisements in Hong Kong who would be sceptical and impervious to Hong Kong real estate advertised against a “backdrop of the French Riviera” or straplines describing a residential unit "with unrivalled sea view" for sale, well knowing that in reality, this would mean “no more than a narrow view of water, seen through gaps in buildings fronting the unit in question”.

The Court concluded that HKBN’s use of PCCW’s trade marks in the advertisements were in accordance with honest practices.

The Court accepted HKBN’s evidence that PCCW’s prices for fixed line telephone service were more expensive than those of HKBN and took the view that the average reasonable reader hardened to advertising language in Hong Kong will not consider the use of the words “bloated” or “大食” (meaning gluttonous in English) to carry any derogatory meaning of PCCW overcharging or cheating their customers.

To the average consumer in Hong Kong, the words “bloated/大食” simply means expensive.  Referring to PCCW’s service as being more expensive is not disparaging, as a higher price tag may denote prestige and exclusivity. In fact, the evidence shows that PCCW seeks to distinguish themselves from other players who “basically work on price reduction”. 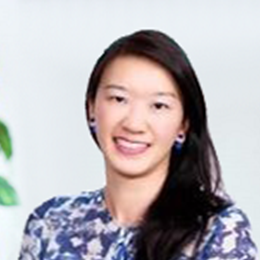