“Crops and weeds together make a scraggy field”

Following an order from President Trump in August 2017 under Section 301 of the Trade Act, the US Trade Representative (USTR) published its investigation report on 22nd March 2018 which took aim at China’s technology transfer, intellectual property and innovation policies and practices.

The report paints a picture of China’s entire machinery of state geared towards systematic extraction of technology from the United States, ranging from unfair technology transfer rules, blatantly protectionist industrial policies, aggressive acquisition of foreign technology assets and talent, and even allegations of cyber-espionage carried out by military units.

For those of us not versed in the intricacies of WTO rules, many parts of the report read as no more than a collective howl from the US administration that China is winning a perceived race for technological dominance through massive funding of R&D, innovation incentives and investment support. Some of this may be legitimate state support which the US has simply not matched. On the other hand, the detailed allegations of cyber-espionage provide a sinister glimpse into state subterfuge which is of real concern.

However, from our viewpoint as intellectual property specialists with over two decades of practical experience in technology deal-making in China, the sections of the report on joint ventures, administrative approvals and technology transfer rules, which are cited as China’s domestic instruments for systematic intellectual property extraction, are an unfortunate mélange of valid objections and mis-characterised issues. To use a Chinese idiom: “良莠不齐“, (which I inelegantly translate as “crops and weeds together make a scraggy field”), in other words, whatever the good parts of the report, the impact is marred by significant blemishes.

For example, it is undisputed that in certain industrial sectors, foreign participants are required to enter into joint ventures (“JV’s”), and that some of these JV’s must be majority Chinese-owned. We would not disagree that the explicit purpose of JVs in such sectors is a forced extraction of technology into the JV and, inevitably, absorption into the domestic sector as a whole. It is important to note however, that these restricted sectors represent a relatively tiny proportion of industries seeking to do business in China. The majority of deals that we see are in sectors free from any ownership restrictions.

Our experience also confirms that deals with state-owned enterprises (SOEs) will generally carry a higher level of supervision from administrative approval bodies, and any foreign party involved in such a deal should be prepared to address and navigate through the implicit state prerogatives that may lie behind. However, in our dealings with SOEs, it is the company’s commercial and not political imperatives which are at the forefront, and far from being tools of state control, the SOEs are adept at checking the bureaucratic boxes required to get the deal that they, and their foreign counterpart, are trying to achieve. In recent years, ever more technology commercialization has involves private enterprises that have purely commercial motivations.

The report derives much of its ammunition from China’s Technology Import and Export Regulations (TIER), and the Joint Venture Regulations. However, it has drawn on inaccurate or uninformed sources as to how these rules work in practice. The TIER rules date back to 2002, and a long-overdue revision has been proposed. As in any other country, a literal reading of statutes without an understanding of their real relevance and application is liable to mislead. In this section, the report’s statements barely resemble reality. Many of the provisions of the TIER or JV Regulations cited in the report as unfair are either based on a misunderstanding of how the law operates, or are in practice easily worked around when the parties draft up technology contracts.

The report also paints a picture of a complex mesh of approvals and licenses from different government agencies and expert panels, as well as opaque and unwritten policies which are all orchestrated in the service of extracting intellectual property. This creates a misleading impression that does not reflect the majority of technology deals we have worked on, which have benefited from a trend towards substantially liberalized business regulation in the past few years, moving from active approval process to passive registration. In a minority of cases, extra levels of review or approval are required but, contrary to how these are characterized in the report, the foreign technology owner need not be a helpless and unwitting participant. In reality the foreign participant will work with their partner to negotiate through both the written and unwritten rules, and push back against any unreasonable demands.

The crucial issue in all of this is the negotiating power of the parties. For most technology collaborations, if the parties’ interests are well aligned, the rules create no major obstacles to how the parties wish to do business. Our experience suggests that there are situations where the existence of these rules and procedures can be exploited by the Chinese party to gain an unfair advantage if they are intent on doing so. We have also seen in a few sectors the clear ambition of the Chinese government to gain a technology advantage. These situations indeed involve risk, can be anticipated and, often, avoided. The overriding problem with the USTR report is that it draws on the grievances of a few US companies that were undoubtedly caught in a poor negotiating position or suffered from exploitative treatment, and extrapolates this into a systemic campaign orchestrated by the government.

We would welcome further updating and liberalization of the rules on foreign participation, joint ventures and technology transfer. That will happen if the Chinese government has already decided it is beneficial to do so, rather than as a result of the current trade confrontation. In fact, the brewing war may overshadow cross-border technology deals, tighten supervision and reverse some of the recent liberalizations. For example, China’s State Council has just released regulations on stricter review for export or transfer of technologies to foreign parties, a response that reflects China’s view that it has valuable technology assets of its own to protect, and which may ensnare cross-border R&D.  In the meantime, the flaws in this report should not be allowed to mix the weeds with the crops, and prevent foreign technology owners from engaging the Chinese market with insight and intelligence. 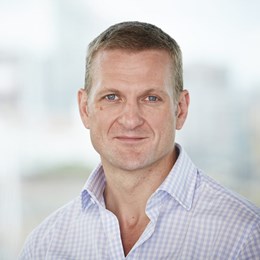