Talent Shows and copyright infringement in the Philippines 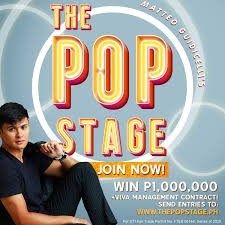 A musical furor is developing in the Philippines arising from the outcome of a local online talent show, The Pop Stage. The copyright infringement complaint relates to the unrelated, but well known musical called “Ang Huling El Bimbo: The Musical” (“AHEB”), which is based on the songs of iconic Filipino pop rock band Eraserheads. The title refers to their most famous 1995 love song which gained global success. The musical director of AHEB, which was first performed in 2018 and subsequently on stage at Resorts World Manila, has claimed that The Pop Stage winner “ripped off” the musical arrangement in one of their entries on the show.

The Pop Stage is an online talent show run by a well known actor Matteo Guidicelli. It is sponsored by the US fried chicken chain, Popeyes. It started several months ago and has been building towards its finale last week. CJ Villavicencio was announced the winner on 2 August 2020.  He won PHP1 million cash price and a one-year management deal with Viva Artists Agency.  His entry was a music video featuring a medley of Pare Ko, Alapaap and Huwag Kang Matakot, which are all popular Eraserheads songs.

AHEB’s musical director, Myke Salomon, has accused CJ Villavicencio of copyright infringement, specifically for copying without permission the arrangements (the musical treatment and concepts) for those Eraserheads’ songs. He also condemned The Pop Stage judges for allowing such a “ripoff”. Salomon has been supported in his views by many members of the AHEB show’s cast too and other local artists. Now Ely Buendia, formerly lead singer in Eraserheads and composer of the songs used in CJ Villavicencio’s music video, posted “I am appealing to the people, companies and corporations involved in the AHEB plagiarism issue”. He wants them to “set an example” to the music industry.

Local news agencies have reported that The Pop Stage winner CJ Villavicencio has spoken on the issue and claimed that his performance was a tribute to his favorite artist (Eraserheads) and the musical (AHEB) and that he has no intent to plagiarize.

The Pop Stage has not yet addressed the complaint and there is a growing popular clamor for this to be corrected. Apart from infringing the rights of the musical director of AHEB it may be unfair to other contestants of the show.  Many ordinary Filipinos have supported this position on social media, that artists’ original IP should be protected. The Philippines has a robust music industry with many performers famous far outside the country. Many forms of copyright piracy plague the industry despite clear provisions in the IP code against it.