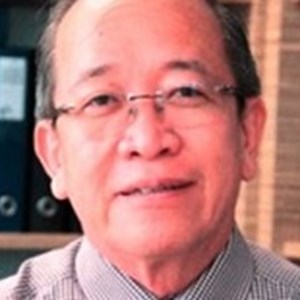 Gunawan established local law firm, Suryomurcito and Co. - our associate firm in Indonesia - in 1997. He has extensive practical experience of IP protection and enforcement in Indonesia.

Gunawan joined Rouse in 1997 from Indopatent, the law firm and patent and trade mark agency of which he was a founding partner. Prior to that he worked in the office of Oei Tat Hway Patents & Trade Marks for nine years, ultimately taking charge of the firm's trade mark anti-counterfeiting division. He established Suryomurcito & Co in March 1997. He has undertaken various advanced intellectual property and management courses in Indonesia, Europe and Japan.

He has extensive practical experience of IP protection and enforcement in Indonesia, having handled a large caseload of both contentious and non-contentious trade mark and patent work throughout his career. Gunawan is a registered patent attorney and in 1998, when the draft patent law was tabled at the Parliament, he was invited to attend the public Parliamentary hearing as an expert. One of his suggestions was incorporated into the Patent Law of 1989. He is currently President of the Indonesian Intellectual Property Society.